When you're stumped on what to serve with clam chowder for a tasty lunch or dinner, look no further as we love this hearty seafood soup! Check out all of our favorite side dishes for clam chowder, from some more tasty seafood options to bread, slaw, and salad!

Clam chowder is a thick, hearty soup that will leave you feeling full and pleased with your creamy dinner. Whatever the variety of clam chowder you go for, the meal becomes even better if you have a delicious side to go with the soup.

From delicious bread to some fresh vegetables, here are ten dishes to serve with clam chowder.

Delicious, buttery bread rolls coming straight from the oven next to your clam chowder are anyone’s idea of a sumptuous meal. You can eat the bread along with the soup or dip it in the clam chowder and mop up the leftovers in the end. 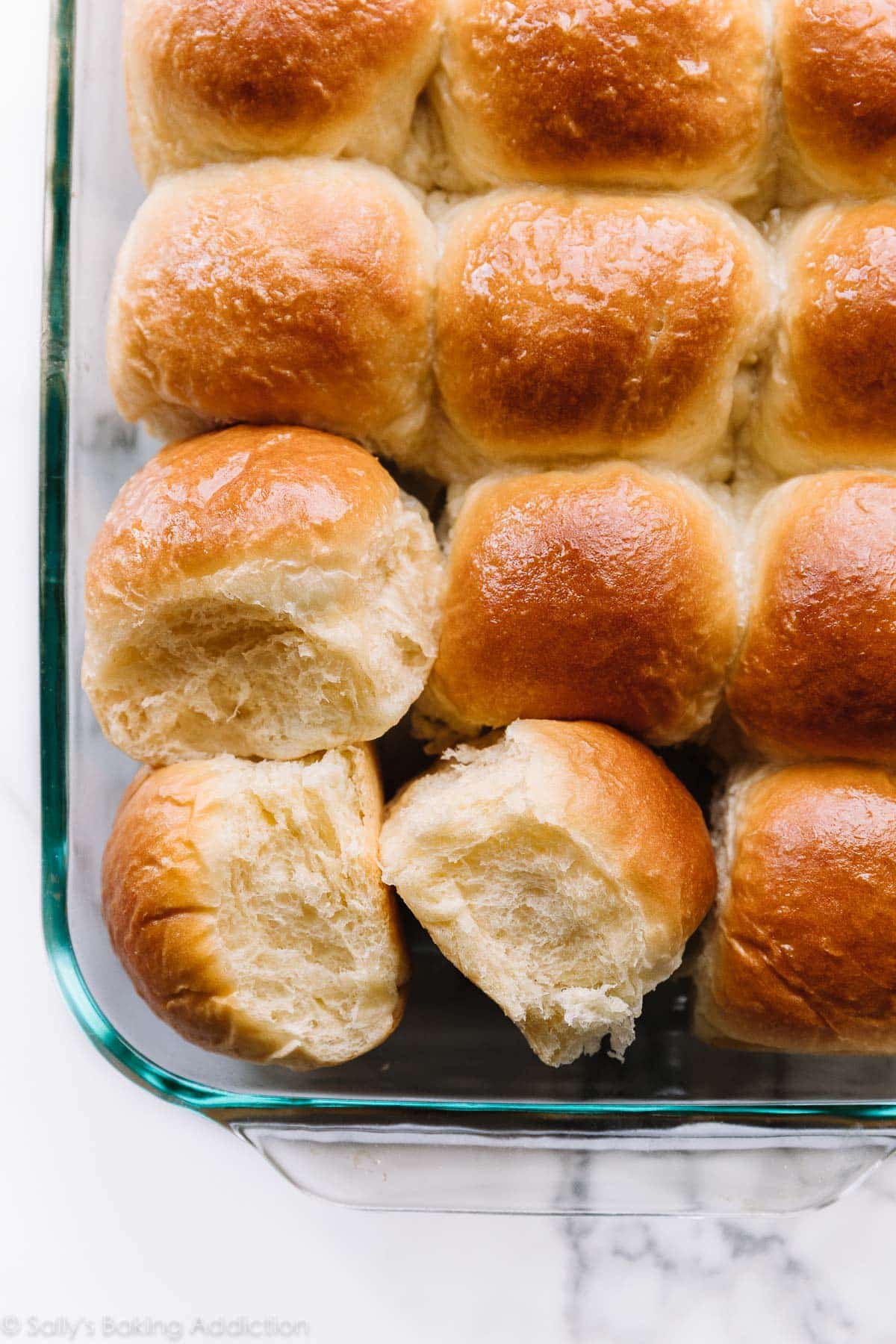 This salad is simple to make and adds a lot of fruity and tangy crunch to your soup. It’s even better with some shrimp and chicken – all complemented with some sliced oranges.

Asian Slaw Recipe (with Creamy Peanut Dressing!) - Cooking Classy
This Asian Slaw is packed with crisp veggies and is tossed in a creamy Thai peanut dressing. This is the perfect summer side dish!
Check out this recipe 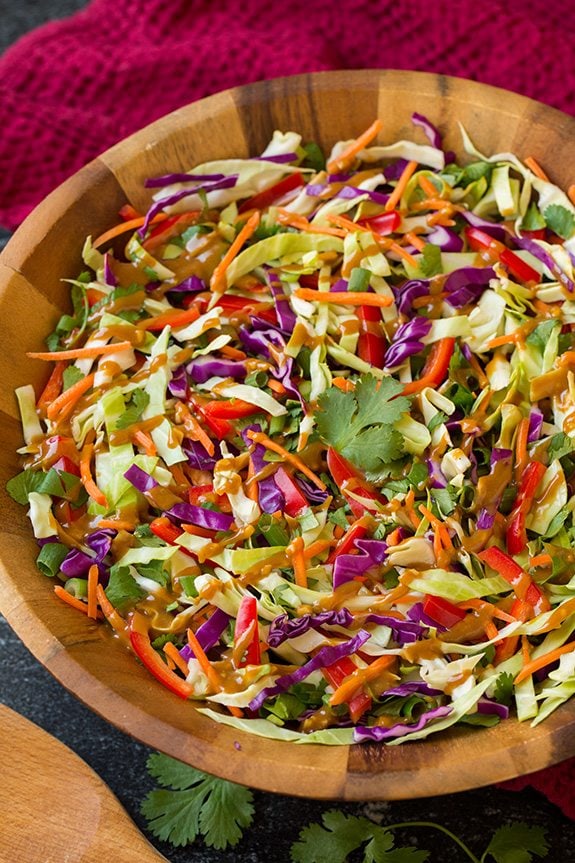 3. Milk Boiled Corn on the Cob

The juiciness of the corn gives you something extra to go with the creaminess of the soup. You can grill, roast, bake, or boil your cob of corn, however you like it! A bit of salt and a slathering of butter make it all even better. 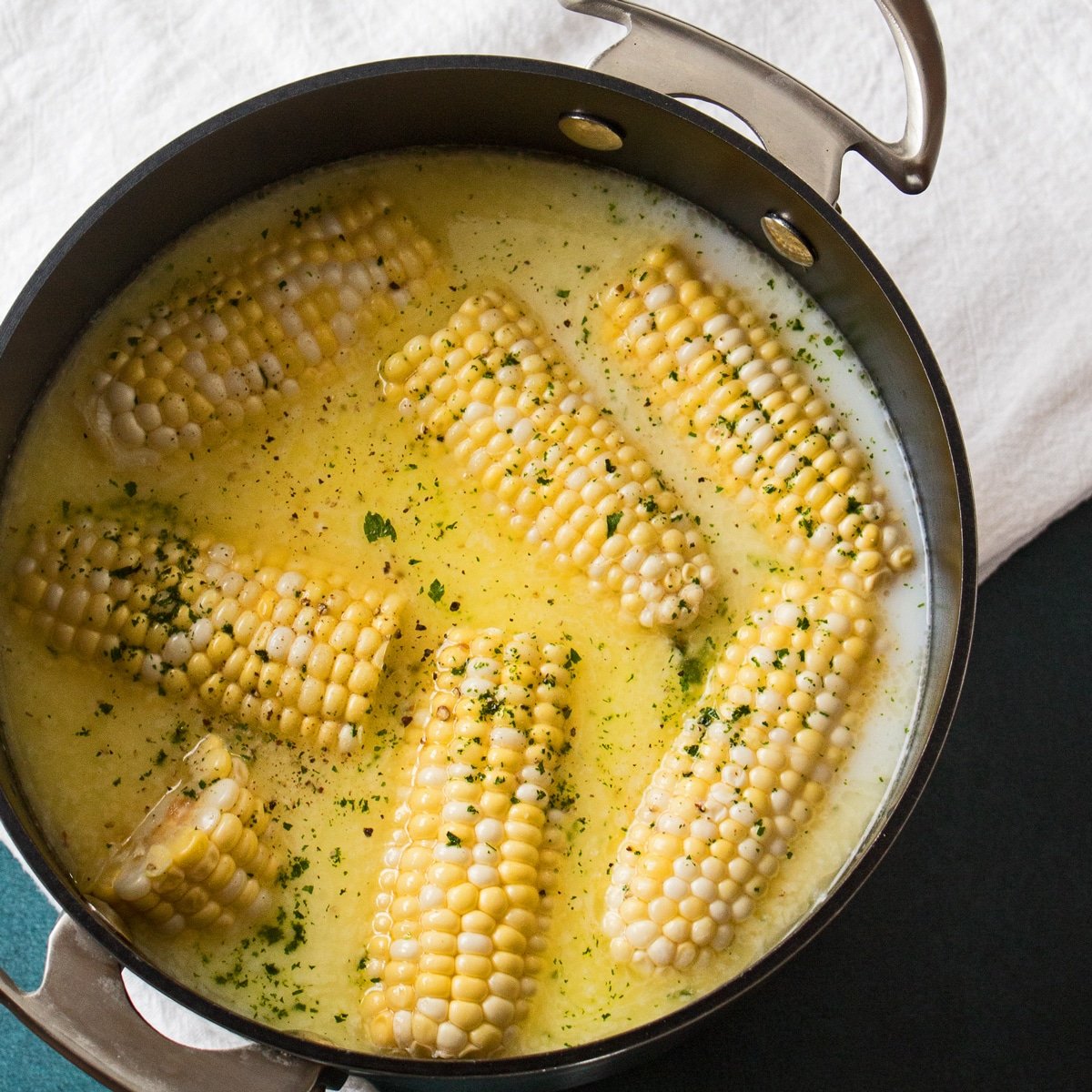 Is there some leftover chowder that you don’t want to refrigerate? Don’t force yourself to eat more chowder – make some clam chowder potato cakes instead. Just add some shredded potatoes, eggs, and seasoning to the clam chowder and pan fry it. It’s 20 minutes of preparation that gets you a delicious side without taking anything away from your clam chowder. A Caesar salad is fresh, simple to make, and delicious. The tangy Romaine lettuce gives you a great contrast to the chowder and the crunchy croutons help you make sure you get the most out of your soup.

Classic Caesar Salad
A great Caesar salad recipe gets its swagger from a great Caesar dressing recipe. Squeamish about raw egg yolks and anchovies? Sorry.
Check out this recipe

While we are on bread, a jalapeno cheddar skillet cornbread makes for a delicious side to clam chowder. Cornbread is flavorful, crispy, and allows you to add whatever you want to it. The jalapeno adds a kick of spice to your meal, while the cheddar just brings it all together.

Skillet Jalapeno Cheddar Homemade Cornbread
Homemade cornbread, baked in a cast iron skillet, full of great jalapeño cheddar flavor! Perfect on it’s own, or alongside some spicy chili!
Check out this recipe 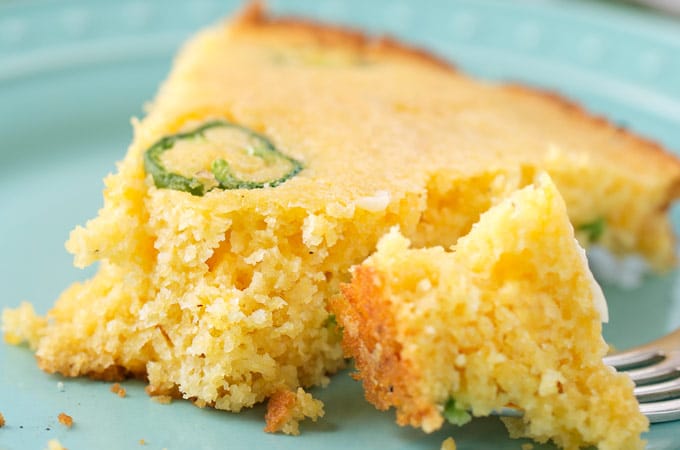 Mussels are chewy and offer some contrast to the creamy chowder. Mussels Mariniere also keeps the seafood theme consistent and makes for the perfect side to clam chowder.

Mussels Mariniere
This is a simple recipe. Most of the work is preparing the mussels; cooking takes very little time. When you have finished eating the mussels, dip bread in the buttery wine sauce.
Check out this recipe

Taking just fifteen minutes to prepare, a wilted spinach and bacon salad adds some color to your table and gives you some fresh greens and delicious meat with each bite.

A Simply Delicious and Nutritious Wilted Spinach Salad
Wilted spinach recipe with bacon dressing. This recipe is a salad or side dish, made with spinach, bacon, vinegar, sugar, and onion.
Check out this recipe

Oyster crackers with clam chowder is a classic combination that gives you something savory and crunchy to munch on with your soup. You can even get them from the store if you’re not in the mood to spend time making a side dish.

DIY Oyster Crackers Recipe
This version of the iconic cracker is just a little bit more solid, a little richer, and a little butterier than the grocery store option. It will stand up to but not overpower your soup.
Check out this recipe

If you’re more traditional with sides, a biscuit muffin to go with your clam chowder is as old school as it gets. You can have the buttery and flaky muffins ready in just 30 minutes and all you need are five ingredients.

Fluffy Biscuit Muffins
THESE BISCUITS are simple to make and have a wonderful aroma when baking! This particular recipe is one of my husband’s favorites - and biscuits were a steady diet in the Southern household where he grew up. The muffin shape makes them a bit different. -Virginia Foster, Paducah, Kentucky
Check out this recipe 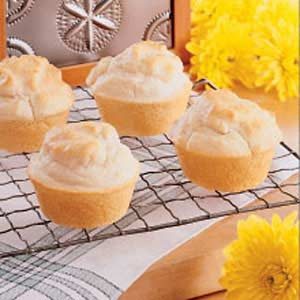 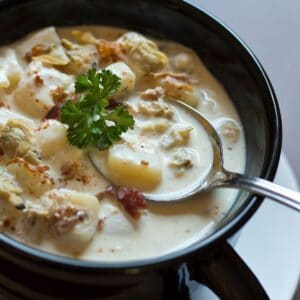 What to Serve with Clam Chowder

When you're stumped on what to serve with clam chowder for a tasty lunch or dinner, look no further as we love this hearty seafood soup! Check out all of our favorite side dishes for clam chowder, from some more tasty seafood options to bread, slaw, and salad!
Print Recipe Pin Recipe
Prep Time 10 mins
Cook Time 40 mins
Total Time 50 mins
Course Appetizer, Main Course, Salad, Side Dish, Snack, Soup
Cuisine American
Servings 4

Keyword chowder, clam, clam chowder, soup, what to eat with, what to serve with
« Recipes You Can Make With Bisquick
What to Serve with Grilled Cheese »

This site uses Akismet to reduce spam. Learn how your comment data is processed.